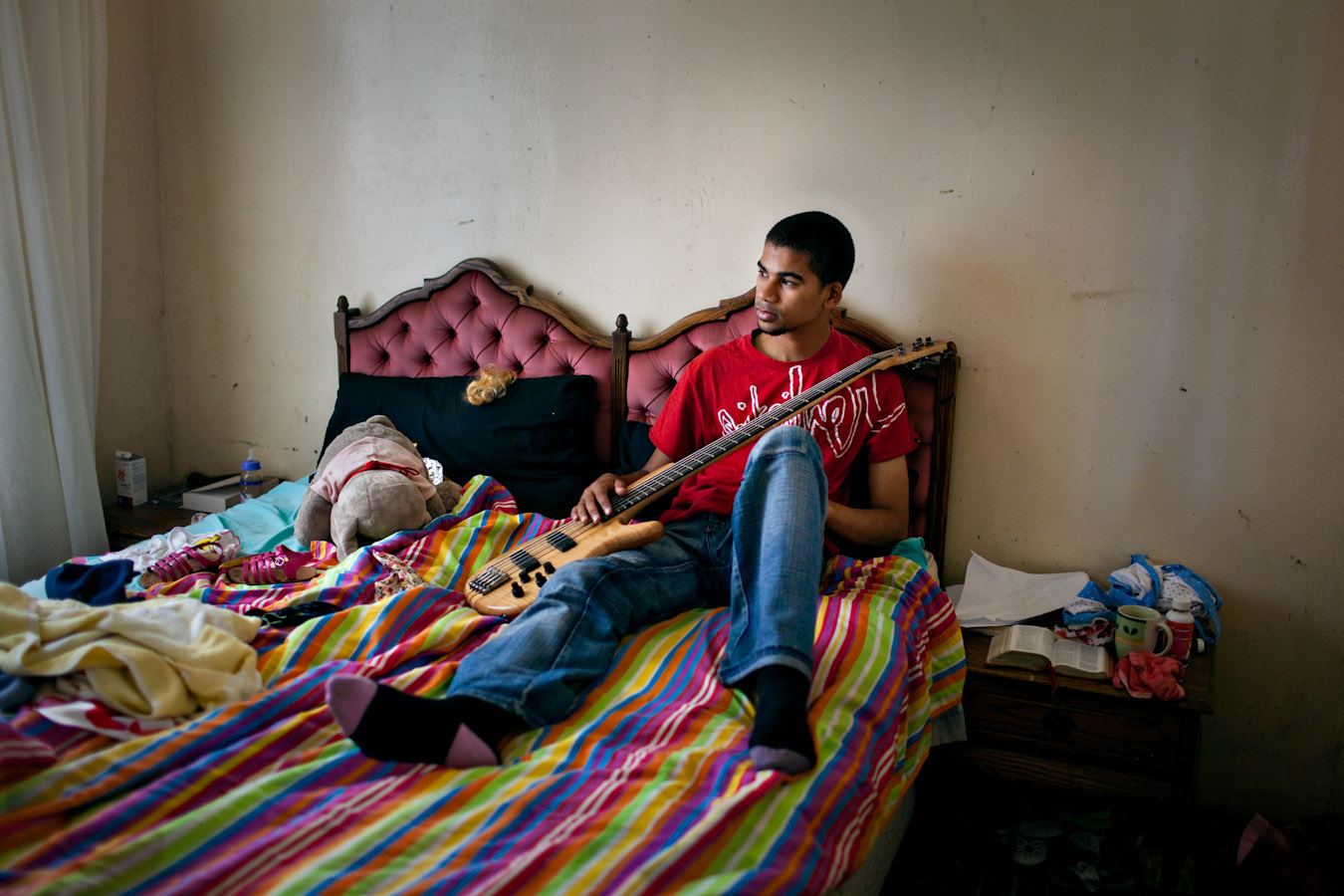 Jonathan Rubain, a young jazz bass guitarist, is photographed in his home in Hanover Park outside of Cape Town, South Africa. The Cape Flats (Afrikaans: Die Kaapse Vlakte) is an expansive, low-lying, flat area situated to the southeast of the central business district of Cape Town. To most people in Cape Town, the area is known simply as 'The Flats'.

Described by some as 'apartheid's dumping ground', from the 1950s the area became home to people the apartheid government designated as non-White. Race-based legislation such as the Group Areas Act and pass laws either forced non-white people out of more central urban areas designated for white people and into government-built townships in the Flats, or made living in the area illegal, forcing many people designated as Black into informal settlements elsewhere in the Flats. The Flats have since then been home to much of the population of Greater Cape Town.